The Camino of Santiago de Compostela

What is the Camino of Santiago de Compostela and how did it all start? The legend of St. James, the apostle of Jesus Christ, goes back to the very earliest days of Christianity. After the death of Christ, it is said that St. James travelled to Galicia in the North West of Spain to convert the inhabitants to the faith.

At the time, this was an important druidic centre and it was a common practice in those early days of Christianity to target places with a strong religious presence with a view to overlaying the Christian message.

This region lies between the towns of Padron and Finisterre. After reputedly spending some two years there with scant success, he returned to Palestine where some time later he was executed by Herod. After his death, some of his followers are said to have taken his body back to Galicia to bury him there.

Centuries passed and the memory of this legend was almost lost in the mists of time, only to reappear in the ninth century. A shepherd named Pelayo reported that he had had a vision of a cluster of stars over one of the fields (Campus Stellae, which later may have given rise to the name Compostela), which he believed signalled the location of the burial place of St. James.

Bishop Teodomiro in the nearby town of Iria Flavia believed Pelayo's account and he confirmed the discovery. Thus began the pilgrimage to the tomb of the saint. At the time, a very large part of Spain was occupied by the Moors, but the Reconquista was already under way and the discovery of the saint's remains happened at just the right time to spearhead the fight against the Moors.

It was rumoured that St. James was seen riding on a great white charger in the battle of Clavijo decapitating the Moors with his large sword. In that role he was known as Santiago Matamoros, a very differenti mage to his more peaceful one of Santiago Peregrino.

Between the ninth and the fourteenth centuries during the whole of the Reconquista, the importance of the pilgrimage grew and the town founded around the remains of the saint came to be called Santiago de Compostela.

Every year, many pilgrims, initially from Spain itself but soon enough from France, Germany and other countries in Europe started to arrive in large numbers.

In the twelfth century, a French priest named Aymeric Picaud wrote an account of his experiences walking the Camino in the so called Codex Calixtinus, a work named after the pope of the time.

The fifth volume of this work, known as the Liber Sancti Jacobi is the very first guide of the Camino. This beautiful illuminated manuscript was kept for many years in the Santiago cathedral museum. It was stolen some ten years ago but fortunately recovered. 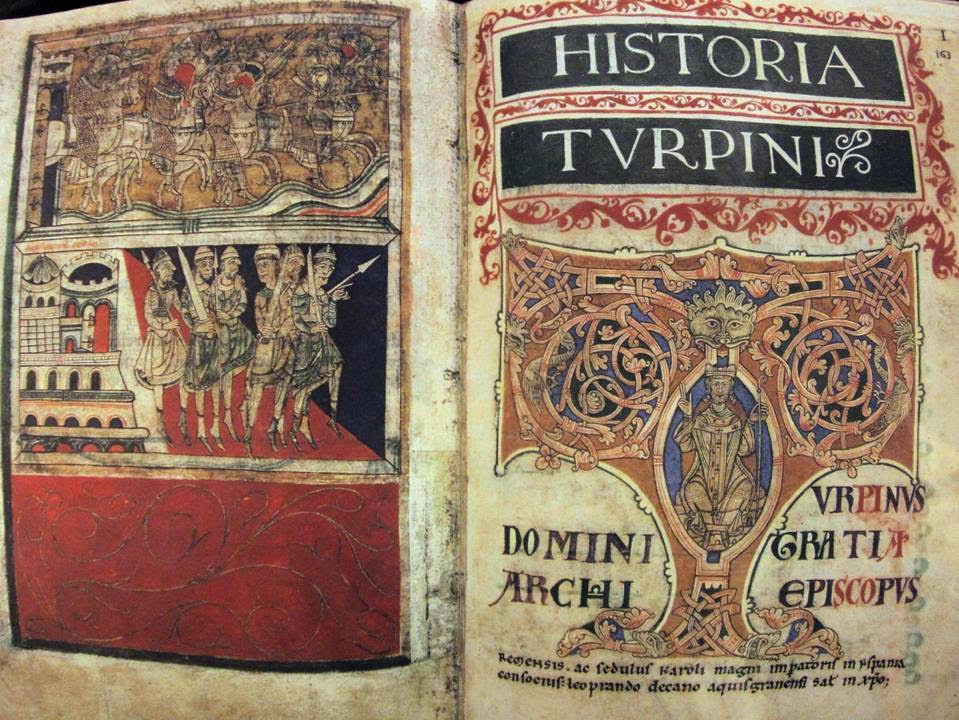 The Knights Templar were initially the protectors of the pilgrims as they braved the dangers along the long route through Spain, but following the dissolution of the order by Pope Gregory, this role was taken over by the Knights Hospitallers of St. John.

The number of pilgrims continued to increase up to the sixteenth century when over one hundred thousand pilgrims would walk the Camino every year, but the number started to diminish in the following centuries, reaching its lowest point in the nineteenth and early twentieth century.

However, from the middle of the last century there was a great resurgence of interest in it with well over a hundred thousand pilgrims each year. It is strange that although we live in a time of increasing materialism, it should have regained its popularity in this way.

There are many different Caminos, almost all of which lead to Santiago de Compostela. The best known is undoubtedly the Camino Frances which starts in the small town of St. Jean Pied de Port on the French side of the Pyrenees, crosses the mountains and passes through the north of Spain. It passes through several important towns like Pamplona, Burgos and Leon and covers a distance of eight hundred kilometres up to Santiago.

St Jean is one of two major crossing points across the Pyrenees through which pilgrims proceeding from the rest of Europe would have to pass. Other Caminos include the Camino del Norte which runs along the North coast of Spain, the Camino Primitivo, which is said to be the very earliest route to Santiago, the Via de la Plata which starts in Seville, and many others.

Over the centuries a whole infrastructure has been built up on the Camino consisting of marvellous examples of Romanesque chapels and magnificent Gothic cathedrals in Burgos and Leon, together with the accommodation needed. Pilgrims stay in so called albergues or hostels, which can be found in most of the villages and towns along the way. The way is marked by painted yellow arrows or by the symbol of the Camino - a conch shell.

Before embarking on their pilgrimage, the pilgrim collects a credencial (or pilgrim's passport) from one of the pilgrim offices and he is expected to have it stamped every day along the way to attest to the fact that he has walked the whole Camino. 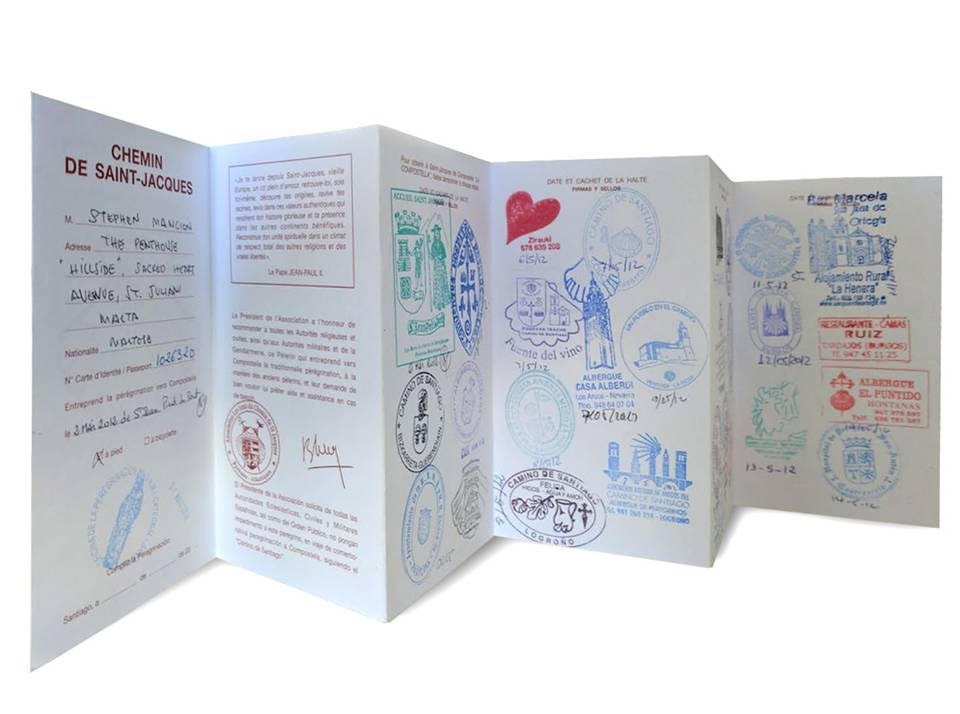 Once he gets to Santiago, he would present this to the pilgrim's office there to collect his Compostela - a beautifully crafted certificate in Latin. Most pilgrims carry all they need on their backs in a rucksack, although the possibility exists for those who cannot or prefer not to carry their things to have them sent ahead to their next stop.

The pilgrims who walk the Camino nowadays do it for a variety of reasons. Many do it for the great sense of companionship which it creates amongst a most diverse group of people of very different ages, cultures and backgrounds, coming from many different countries. All the conventional societal barriers break down on the Camino and there is an amazing sense of camaraderie.

Some pilgrims walk it to experience the wonderful countryside, the exceptional art and architecture along the way and the variety of cuisines. A significant number still do it for religious and spiritual reasons. They are not disappointed as there are still very many highly charged experiences as well as pilgrims' masses along the way, culminating in the other worldly Misa de Peregrinos in Santiago cathedral where, on feast days, the famous Botafumeiro is swung through the transept after the Mass.

The Botafumeiro is a giant censer weighing over sixty kilos which is suspended from the dome of the cathedral, and it is then swung by a team of eight tiraboleiros until it practically reaches the roof on each swing. It is said that this was done traditionally to try to dispel the smells emanating from the pilgrims after their long (and probably largely unwashed) travels on the road.

Walking the Camino is an unforgettable experience and indeed, an addictive one. I am only sorry that I walked it for the first time only eight years ago when I was not young any more, but every year since then, I (and many others I know) have gone back to walk the different Caminos and to experience once again life in microcosm along The Way.

Reasons Why We Love Travelling, and Why We Are Missing It So Much